Required cookies are essential to let you move around the website and use its features, such as accessing secure areas, shopping baskets and online billing. These cookies allow our website to provide services at your request.

Functionality cookies are used to remember the choices you make, e.g. your user name, log in details and language preferences. They also remember any customisations you make to the website to give you enhanced, more personal features.

Targeting cookies collect information about your browsing habits to deliver adverts which are more relevant to you and your interests. They also measure the effectiveness of advertising campaigns.

This site uses cookies and related technologies for site operation, analytics and third party advertising purposes as described in our Privacy and Data Processing Policy. You may choose to consent to our use of these technologies, or further manage your preferences. To opt-out of sharing with third parties information related to these technologies, select "Manage Settings" or submit a Do Not Sell My Personal Information request.

As a first step for the 50/50 joint venture, Volvo Car Group and Northvolt aim to set up a research and development centre in Sweden that will begin operations in 2022.

The centre is intended to build on the battery expertise within the both companies and develop next-generation, state-of-the-art battery cells and vehicle integration technologies, specifically developed for use in Volvo and Polestar cars.​

The planned joint venture will also establish a new gigafactory in Europe with a potential capacity of up to 50 gigawatt hours (GWh) per year. Production is scheduled to start in 2026.​ 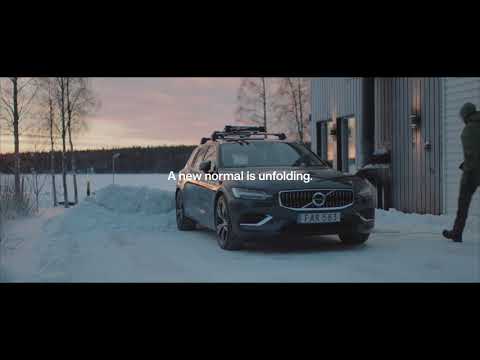 As part of the plans, Volvo Car Group also look to source 15 GWh of battery cells per year from the existing Northvolt Ett battery plant in Skellefteå, Sweden starting in 2024.

Alongside previously announced battery supply agreements, a partnership with Northvolt will secure the European battery cell needs that will drive Volvo Cars' ambitious electrification plans. Volvo Cars aims to cell 50 per cent pure electric cars by the middle of this decade, and by 2030 it aims to sell only fully electric cars.

Today, the production of batteries for Volvo Car Group's fully electric cars represents a large part of the car's total lifecycle carbon emissions. By working with Northvolt, a leader in sustainable battery production, and producing batteries near its manufacturing facilities in Europe, Volvo Car Group can reduce the environmental footprint attributable to battery sourcing and production for its future cars.

Do you have a question or query? Contact our customer services team today.

Make an Enquiry
Join the Conversation

Company Info
Back To Top
Reg Office: Imperial Way Reading Berkshire RG2 0BF
Reg. Company Number: 10253292
VAT Reg. No. 315 340 439
Waylands Automotive Limited and Fawcett’s Garage (Newbury) Limited is an appointed representative of ITC Compliance Limited which is authorised and regulated by the Financial Conduct Authority (their registration number is 313486). Permitted activities include advising on and arranging general insurance contracts and acting as a credit broker not a lender. We can introduce you to a limited number of finance providers. We do not charge fees for our Consumer Credit services. We may receive a payment(s) or other benefits from finance providers should you decide to enter into an agreement with them, typically either a fixed fee or a fixed percentage of the amount you borrow. The payment we receive may vary between finance providers and product types. The payment received does not impact the finance rate offered. All finance applications are subject to status, terms and conditions apply, UK residents only, 18’s or over, Guarantees may be required.
Back
Vehicle Valuation
Compare Saved Vehicles
Top
Close